After the Ending: Book one of The Ending Series

Followed by: Into the Fire

If you haven’t yet heard….. I’M OBSESSED with this series, full on fangirling out, dreaming about it, re-reading it, fanart, even hassling the authors hehe, they are super awesome ladies by the way! I just can’t get enough, I even held off reviewing because I couldn’t possibly of put this down to write… no way!

But now I’m ready to tell the world just how breathtakingly beautiful and amazing this series is, starting with book one – After the Ending. 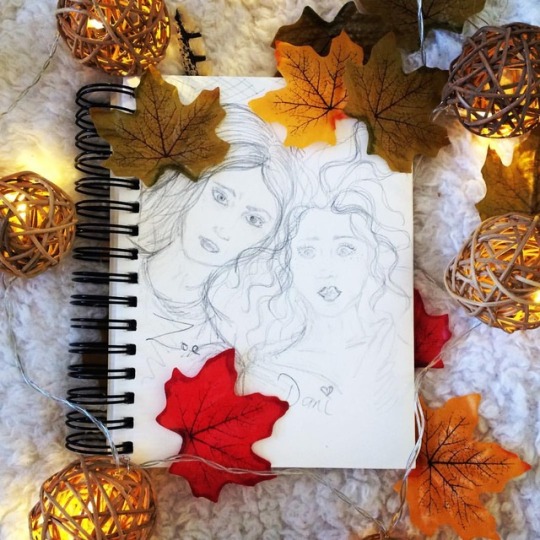 “The first book in the emotionally charged post-apocalyptic series: THE ENDING SERIES.

The Virus spread. Billions died. The Ending began. We may have survived the apocalypse, but the Virus changed us.” *Amazon*

Upon reading these very lines I purchased all of the books (Book One is free!! Kindle addition)

I devoured these books in a week.

So let’s talk about book one….. I love apocalyptic books, and with awesome twists even better. The POV of each main character, Dani and Zoe, split the book up and it really worked! You got to delve deep into both sides of the story, their struggle to find one another and all the drama in between is brilliant. It hooked me in right from the start with the questions burning through my soul of what is happening and how on earth are they going to get through this!!! Obviously some hot guys with smouldering grins, that’s what! I mean what else, it is an apocalyptic romance after all.

As you get to know the characters you can’t help but fall in love with them (not just the hot guys either). Dani is so funny, she made me laugh and cry out loud. This small fiery redheaded girl, thrown in head first into this crazy world with everything falling around her…..  and her best friend Zoe. Zoe is deep, she is a complex character written perfectly!

As it unfolds and they are getting closer and closer to each other, it really builds up hope and friendship at it’s best! During this book, the friends are in touch via email and this was a favourite apart for me, don’t get me wrong the romance is truly amazing and I really enjoyed Dani and Jason’s banter, it was great! And the passion delicious! But that really isn’t the only reason this book stood out to me. The friendship was so real…. kind of reminded me of myself and my best friend…. you really do need a friend to tell everything too.

I really recommend this book, if you all some good twists in a not so normal world and some racey romance, don’t hesitate to read it! Team Lindsey have truly created an amazing world with so many memorable characters!

“I was nestled safely in Jason’s arms and listening to him whisper softly while I remembered what it was like to be alive. I’m not dead.” Dani

“Sometimes, the smallest, least important thing could light the fuse leading to the mounds of emotional dynamite piled in my head” Dani

“The newspaper slipped from between my fingers. Frozen in place, I was suffocated by the reality of our situation” Zoe

“The memories disintegrated into anger, sorrow, fear, and loneliness that gripped my heart and tugged on it as though they were trying to remove it from my chest completely.” Zoe

“I’d decided to go after you hours before we left, and she knew it….. and dammit, Dani, I’d make the same decision every time if it meant you’d survive”. Jason

“Although my muscles protested nearly every movement, especially my shoulder, something about the physical pain was comforting. It was a declaration that I was a survivor; despite the insanity and danger of the last couple weeks, I was still alive.” Zoe

“Had I known life was as changeable as the clouds looming above, would I have taken a different path?” Zoe

Hope you have enjoyed my review, there is more to come. I’ll review book two “Into the Fire” next week and also an Author interview coming soon and more than likely some more fanart!

Happy reading and as always I’ve added links to each book title for you to easily purchase.

5 thoughts on “After the Ending: Book review”